Just the other day, I told you about my totally awesome thrift find, of a candymaking book.  As I mentioned in that post I was really excited to try the recipe for French Nougat.  I actually learned a few interesting things while preparing to make this recipe.

I was at least lucky enough that both of the ingredients that I couldn’t find were ingredients that you stir in after you actually make the nougat.  I also skipped the nuts in the version that I made, so that I can take the finished product and try it out in several different types of candies.  I will most definately be dipping some of it in chocolate. 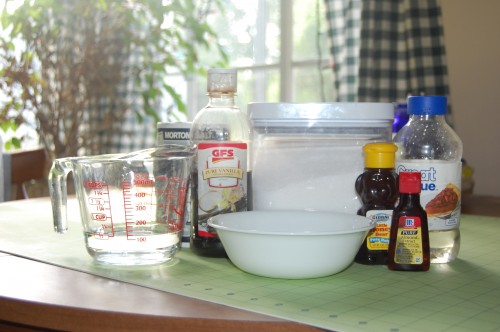