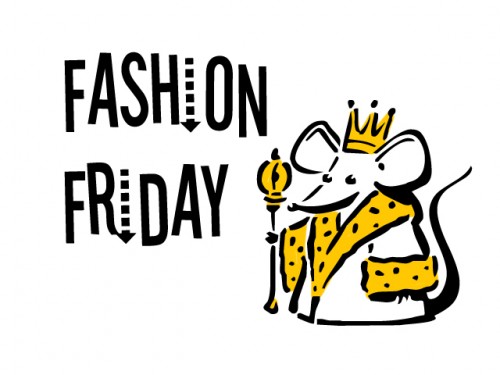 This is a special edition of Fashion Friday. Today, we’re going to talk about boots. Why boots? Because boots aren’t just for keeping out the winter weather, they are for work, fun, and even fashion.

I own quite a few pairs of boots myself.

I have a brown pair of riding boots from Born, which I picked up at my local Dillard’s this fall. I absolutely love them, they were the first pair of flat boots I’ve purchased in ages, because well… I don’t find flat shoes that attractive… but these won me over. The color and detailing on the boots make them my go to for both dressed up and dressed down looks.

I’ve also got a pair of Uggs. I’m sure you’ve seen them in some of the previous Fashion Friday looks. As much as I will agree that these are some of the ugliest shoes on the planet, they grow on you over time, and they are ridiculously warm, even if they aren’t really made for the snow. Did you know that Uggs were originally created in Australia for surfers to wear when they got out of the water? Just to keep their feet warm? Well, mine definitely do that.

I own two pairs of heeled fashion boots as well – one black pair and one brown – I’ve actually owned them longer than I’ve been married. They are very well made. My black pair, by Alex Marie, is a slip-on style with an almond toe; while the brown pair is still a slip-on it has a squared point toe and a wider stacked heel.

I also own three pairs of work boots, bring my total boot count to 7.

I own a pair of tan Sketchers work boots, which are built similarly to a tennis shoe, but are steel-toe with and electrical hazard certification. They came in handy when I worked in the back at the t-shirt shop and stocking shelves for Wal-Mart when I was fresh out of college. The steel toe, makes them one of the heaviest shoes I own – but I still keep them around because you never know when they will come in handy. If that if you don’t have a pair of work boots, I recommend you have a look for some so you’re not left high and dry next time you need to do some hard work!

I’ve also got a basic pair of mud boots, you know those ugly rubber boots to wear in the rain and the mud. Mine are a simple solid black pair, which sorta’ makes me sad, since there are tons of fashionable ones out there. But then again, what is the point of getting cute shoes covered in mud? And mine get covered in mud a lot. I generally keep these boots in the trunk of my car and bust them out when it’s rainy and I’m doing things out at our local Fairgrounds – which is known for it’s mud, or out at the in-laws’ farm.

And last but not least, I own an amazing pair of cowboy boots, by Tony Lama. I picked these up rather recently, so I’m still breaking them in, but I already love them. They are what you call fashionable work wear. When I brought them home, my husband even said they were almost too pretty to wear out in the field – but I’m ok with that. I like to be fashionable everywhere I go. 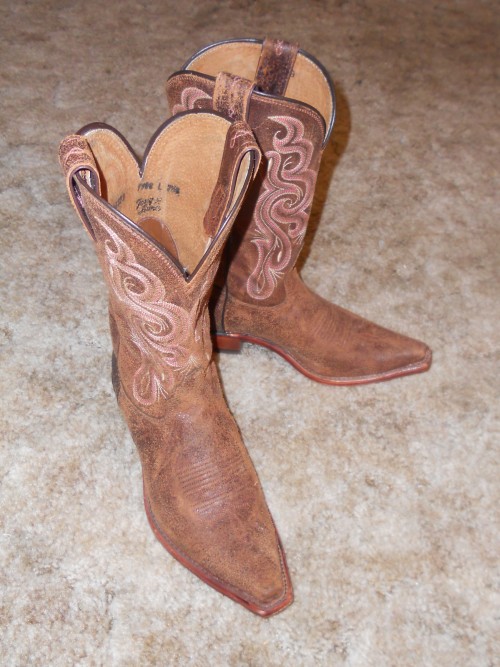