If you’ve been following the blog for a while, you’ve probably seen a post of two featuring Mouse. 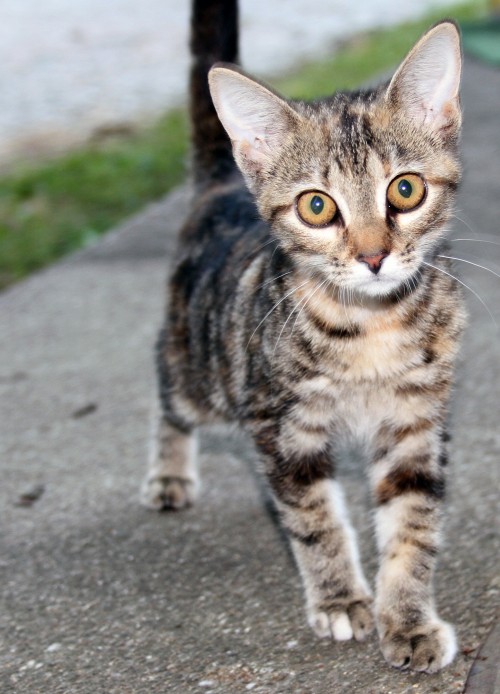 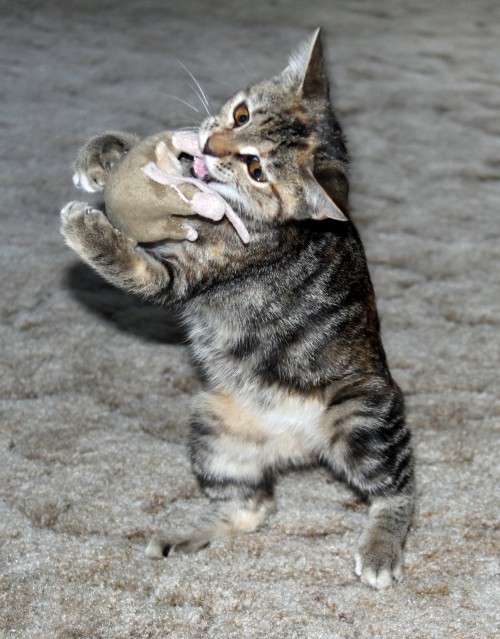 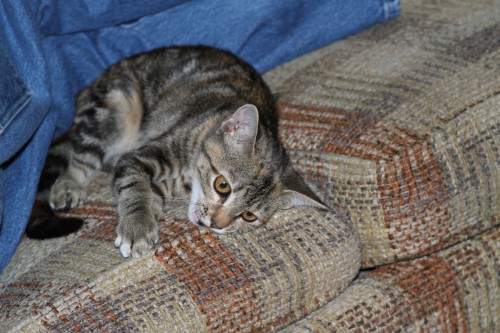 Mouse has been with us for about a year and a half now, but she is still very confused about her identity.  It probably didn’t help that I named her Mouse – because obviously my cat speaks English.

Now, there are some things she does like any other cat.  She sets on top of everything – especially things I don’t want her to set on. 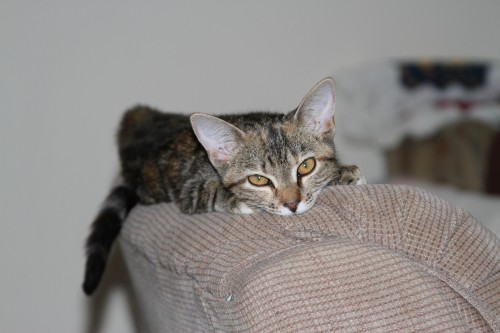 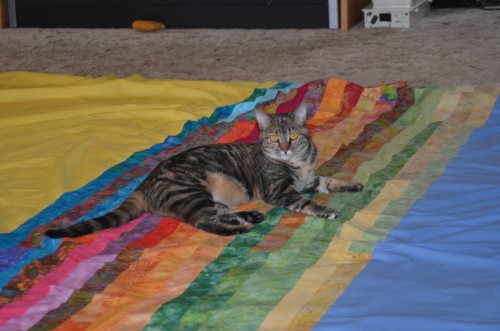 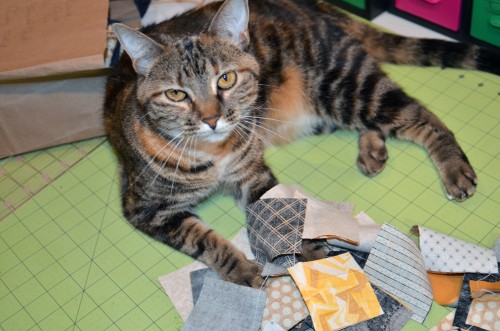 And she plays with just about anything she comes by – as long as it’s new. 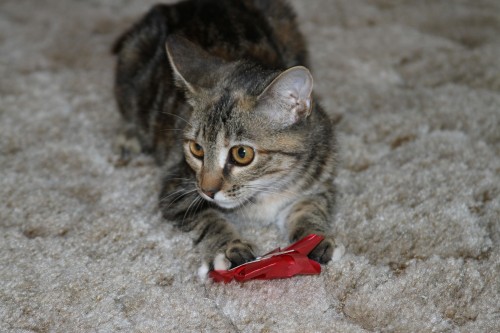 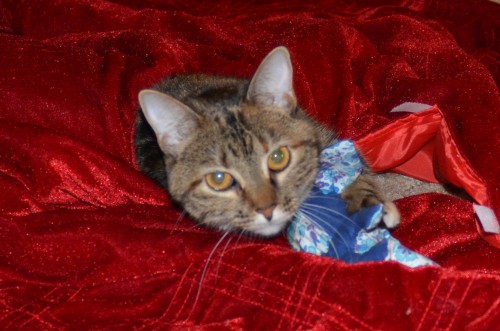 But honestly, she acts more like a dog than a mouse.  She drinks from the toilet. 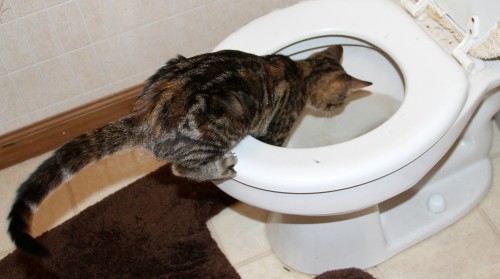 And she’s mean in a fight.  At least in a fight with my husband’s hand. 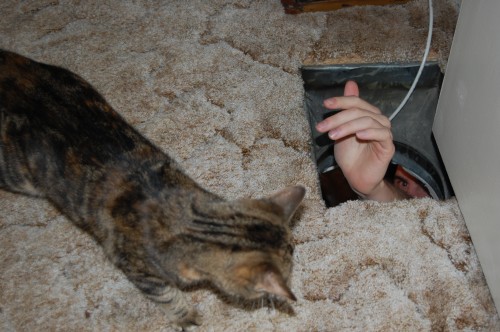 And then in her spare time, she likes to moonlight as the Cat in the Hat and a Superhero… ok maybe I’m responsible for that. 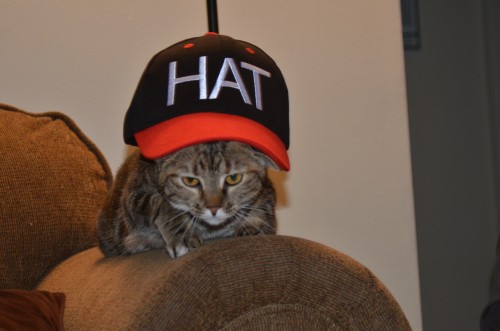 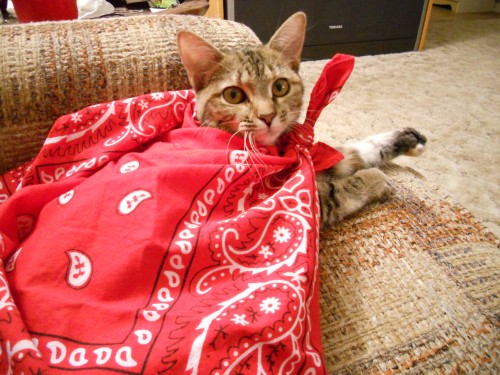 Do your pets do anything weird?