I’m 31 weeks along now. Yea for being another week closer to meeting the still unnamed Spot!

You wouldn’t think there would bet much in the way of health news this week, as I’ve actually managed to not have an appointment with the doctor since my last update. But, somehow there is. I am randomly itchy all over, which I originally attributed to the antibiotic I was sent home with from the hospital. I stopped the antibiotic and it went away after a couple days, but the itching has come back. I don’t have any rash to speak of, and I can’t link it to any new products. That means it’s probably just one of those random symptoms that occur during pregnancy. Yea me! At this point, I’m honestly starting to think that Spot is bored and looking for things to do to annoy me. Oh well….

I do have an appointment with my regular OB tomorrow. I get to start the day with the 3-hour glucose test at 8:00 am. I’m told that I have to fast for it, and when I come in they will take my blood to check my fasting sugar levels, then give me the glucose drink, which will contain twice as much glucose as the last one. I then get to hang out in the waiting room for 3 hours, so that they can draw more blood hourly to check how my glucose levels progress.

Personally, I’m not sure what the point of this is, as I’ll basically just have 2 months left. And no offense to Spot, but I am not planning to change my diet for just 2 months. Basically, because I’m pretty sure that everything I eat would be taken off the list of options. We live on real food at my house. I use sugar and lard to cook, and I don’t know that my husband could handle the change in diet. (Ok, it’s really me that couldn’t handle taking tasty things out of my diet.)

That being said, throughout this pregnancy, I have been careful to monitor my sugar consumption. A friend of mine had cravings for sugary treats while she was pregnant but had to try and restrain herself as she did not want to make her cavities any worse. Her Dentist in Naples even said that although looking after your teeth and gums is always important, it is perhaps even more advisable when you are expecting a baby!

We’ve made more progress in Spot’s room this week. She now has dressers in her room. They are the dressers from the bedroom suit that my parents bought me when I was born. At some point in life, I convinced my dad to keep them in the spare room at his house, and now that baby Turner is coming along I am lucky enough to get to use them. 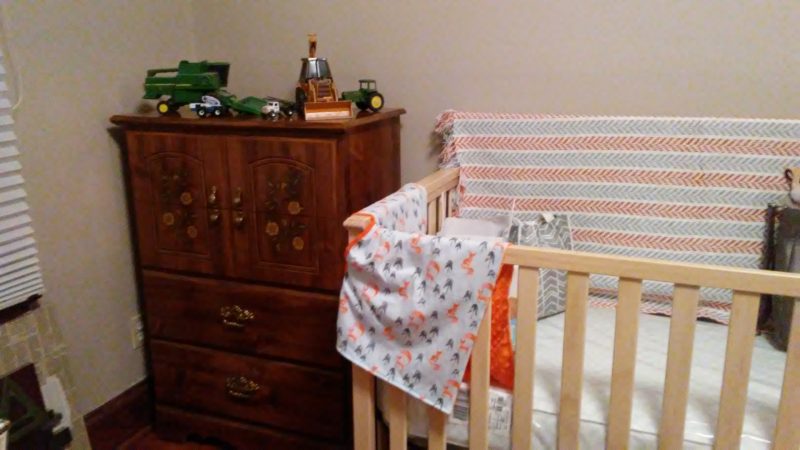 I am pretty excited about having the dressers in the room now because I will need them to put Spot’s stuff in after the baby shower. It’s not for a couple more weeks, but it was pretty much the last big thing that I was worried about. 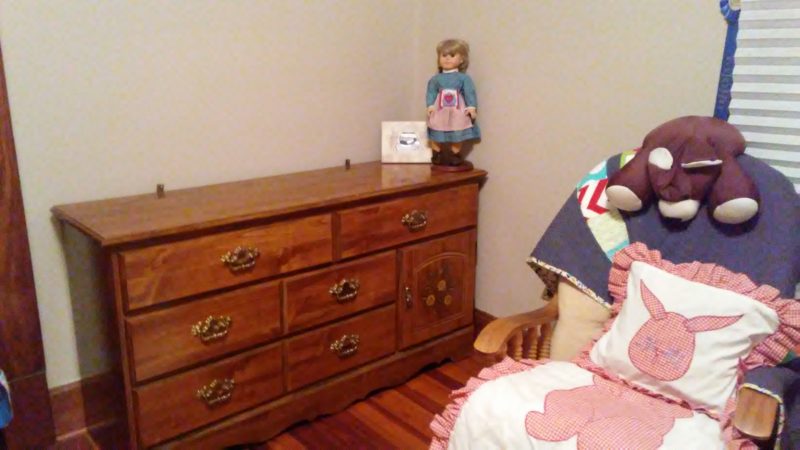 I think the tall dresser will contain mostly clothes, while I plan to use the long dresser as a changing table with storage for all of those necessities. The long dresser actually has a mirror that goes on it, but with the way it was built, I can’t put in on and use the dresser as a changing table. That shouldn’t be too big of a deal. I wouldn’t think Spot will have much use for a mirror until she is out of diapers.

Now I just have to think about decorating and how I plan to store the copious amount of stuffed animals, books, and toys she will have. I have a feeling that my office is going to become a play room.

Do you have any recommendations for organizing a changing table? Do I want lots of baskets, or is that a simpler way to organize?