This past weekend My husband and I got the opportunity to attend the 2011 Indiana Farm Bureau Conference in Indianapolis.  This year’s conference was hosted at the new JW Marriott.

The hotel wasn’t even open this time last year.  The hotel has 33 floors – well really 32, since they skipped the 13th floor.
It’s a beautiful building, and you can’t miss it.  It’s the only curved glass building in town.  The inside is just as nice as the outside.

It was about the most complicated hotel I’ve ever been in though.  You have to use your key card for everything.  That includes the elevators.  That’s right, the elevators.  You can access the first 3 floors (which is where their lobby and event center is located) without a key card, but to access any floor with a room, you have to use your key card.

The first time Matt and I went up in the elevator, we were past our floor before I got it figured out, and had to take it back down to our 14th floor room.

We were on the inside of the curve, so we had a great view of downtown – though if you ask my husband it was a horrible view.  Apparently he prefers trees and grass to city lights.  I wish I had taken my tripod so that I could have gotten some good long exposure shots.  Oh well, there’s always next year. 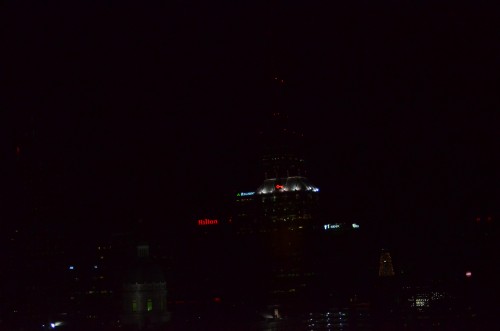 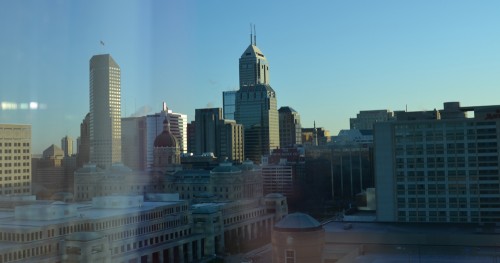 Matt participated in the discussion meet again this year, so we had to be at the hotel by 8 o’clock Thursday night for an information session.    Once we got checked in, Matt went down to his meeting, and I got to hang out for a while.  I spent a little time in the room, and then headed down to make use of the free Wi-Fi.

Saturday was a long, but fun day.  The discussion meet started at 8am, so Matt was up and gone before I got out of bed.  I love hotel beds.  They are so comfortable.  I actually got woken up by Housekeeping.  I guess since we were registered with the conference and it had so many early morning events they thought everyone would be gone.  Serves me right, I needed to get out of bed anyway. Even if I didn’t want to.

The first official Farm Bureau event I attended was the Luncheon.  Of course I took tons of pictures of the food.  I’m weird like that. Of course the only thing that’s really important for you to see was our “salad.”  It was pretty strange, at least as far as plating.  I’m quite sure I’ve never been served a quarter lettuce before. 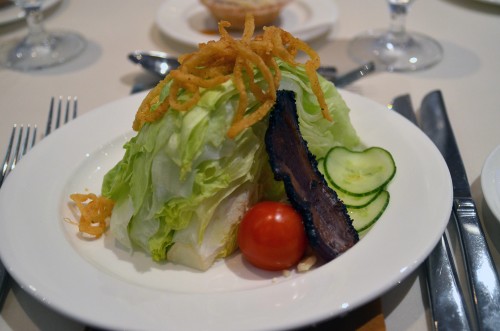 At least the rest of the meal was normal. 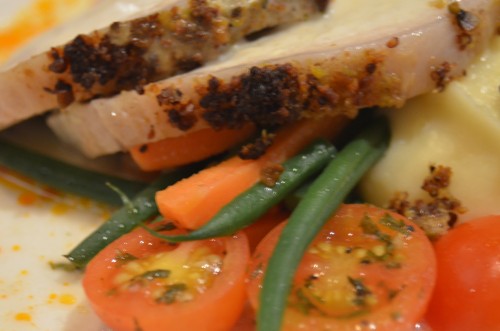 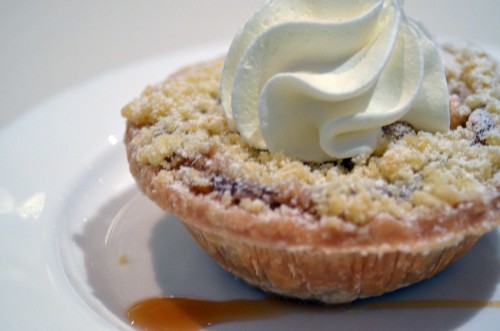 After lunch, I drug Matt’s mom over to Circle Center Mall with me.   It was a much longer trek than last year, since we were on the far side of the Convention Center from the mall.

I didn’t have a whole lot of luck finding things this year, but I did get an amazing scarf at the Forever 21 accessory store.  It has pockets.

After the mall, Matt’s mom and I headed back to the hotel to get ready for dinner, which was pure awesome sauce.  Farm Bureau rented out the Indiana State Museum.  That meant we had free reign of the place for about 3 hours.  Matt & I explored the exhibits on the 2nd floor before dinner. 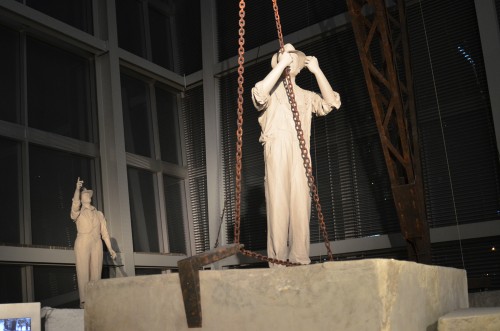 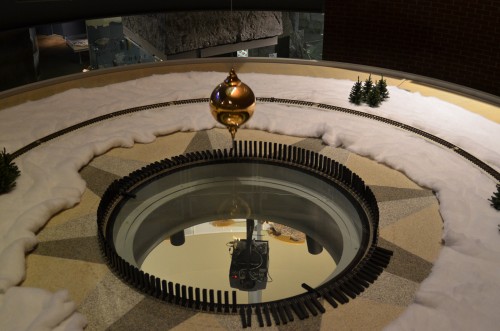 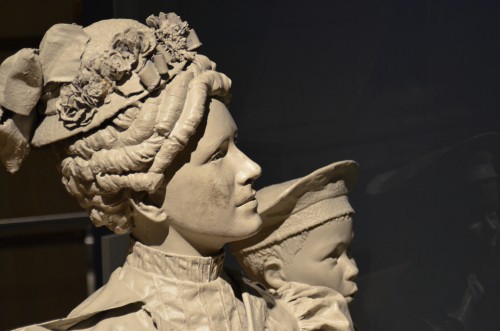 After dinner, we went to the Discussion Meet finals because cousin John, also known as Mr. AlarmClockWars made it to the finals. 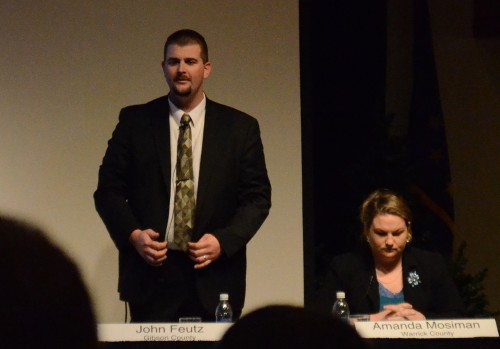 Unfortunately, John didn’t win, but he still made it to the finals, which was pretty cool.

After the Discussion Meet, Matt and I went up to see the Amazing Maize exhibit. 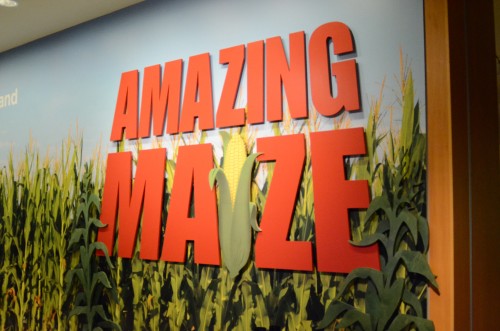 The exhibit is full of fun and interesting things for kids and adults, alike.  If you or your kids are involved in or interested in farming, it’s a must see.  It’s at the Museum through January 20th, 2013. 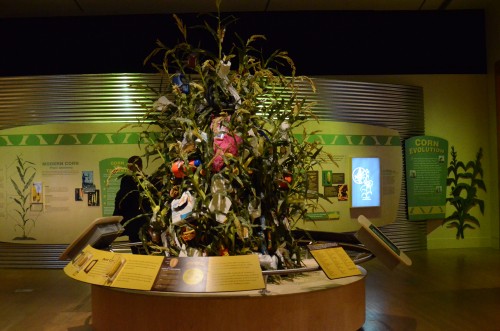 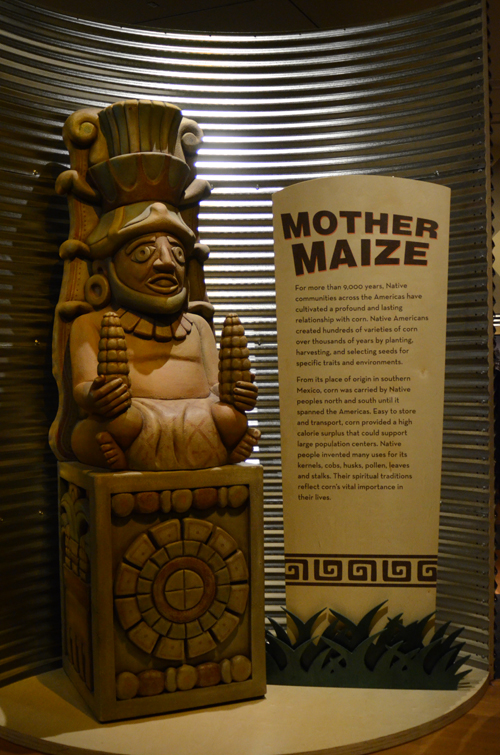 I even found something from Princeton Farms while I was there. 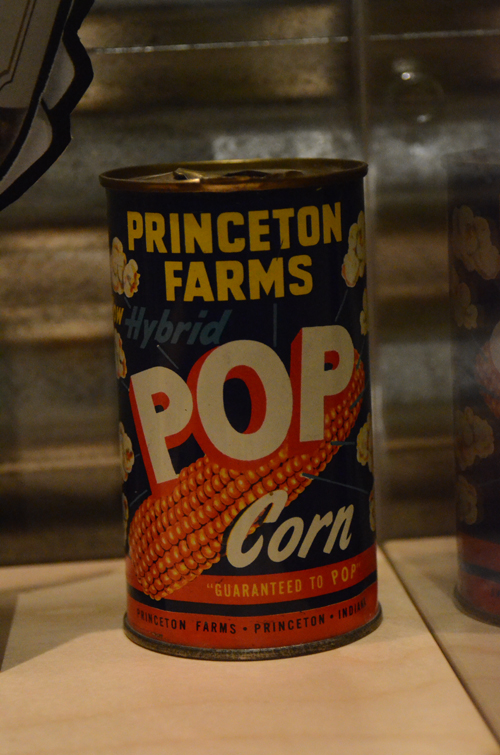 After we left the museum, Matt and I caught the shuttle to go to the Antelope Club with the Young Farmer’s group.  It was a blast! 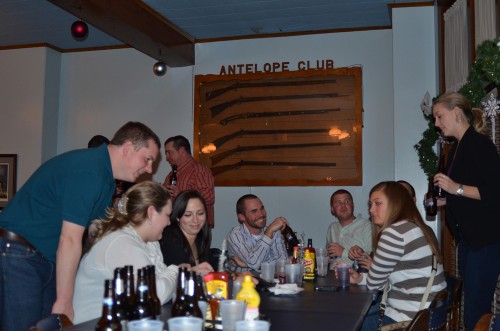 But it made the day much longer.  We didn’t get back to the hotel until midnight.  It was worth it though.

Matt filled in as a delegate for our county at the morning delegate session, so I had the morning to myself to do a little more shopping.

The final event of the conference was another lunch. I’m happy to report that this time they gave us a much more normal salad. 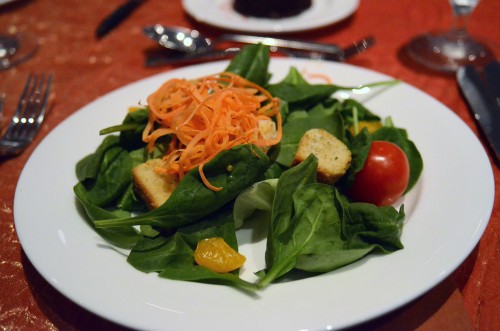 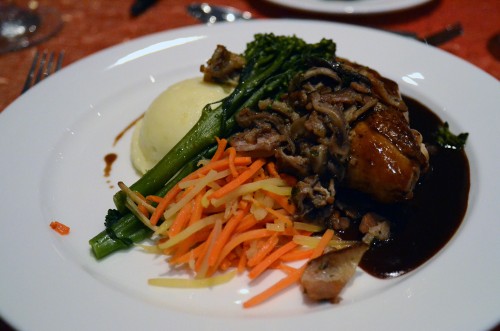 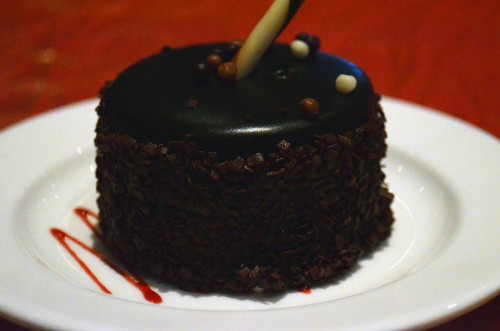 Our county won an award and we got to hear the Indianapolis Children’s Choir perform before leaving.

Have you ever been to the Farm Bureau convention?  What is your favorite part?