In my last post I mentioned that I was making a Weekender Bag.  I’m happy to say that it’s done!

The project uses a ton of fabric and the pattern was a bit difficult for me to follow, but I’m blaming that on the fact that I’ve never had to read a pattern before.  After this, I feel like I can make anything. 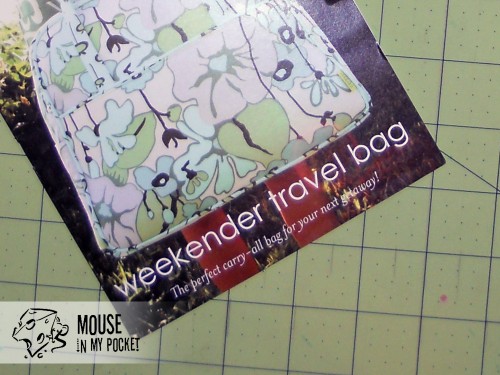 The first thing I had to do was cut out my pattern and  fabrics.  I did my project a bit differently than the pattern calls for.  I basically made my exterior and lining of the same material, and added accent fabric for the pockets only. 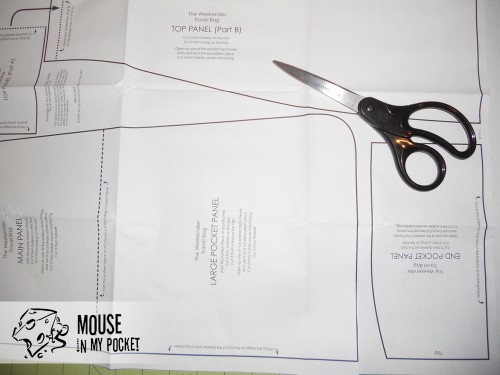 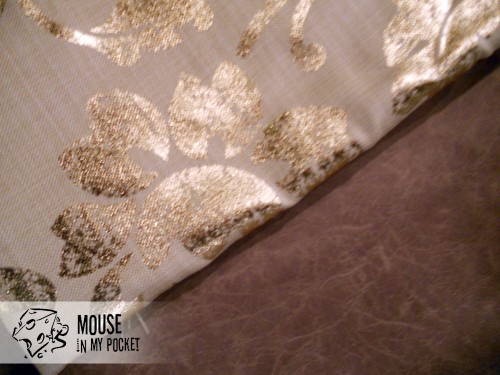 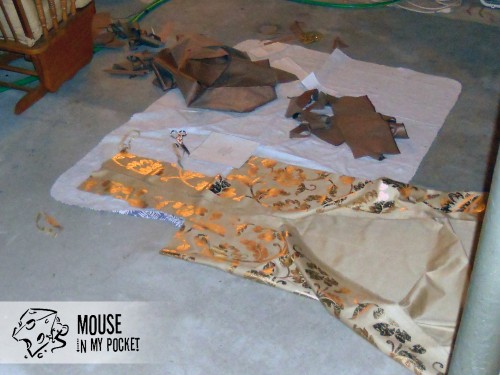 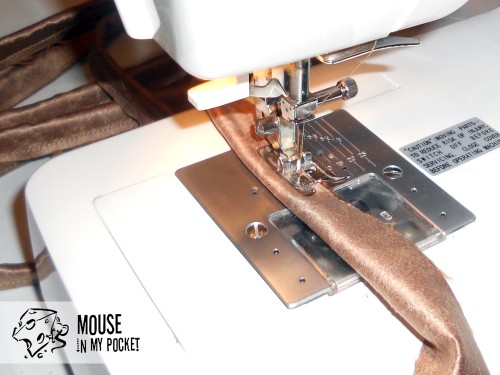 This was a really interesting project for me.  I made my first cording ever – and I also learned which one of the feet for the machine is a zipper foot.  I’ve used that a lot in this project. 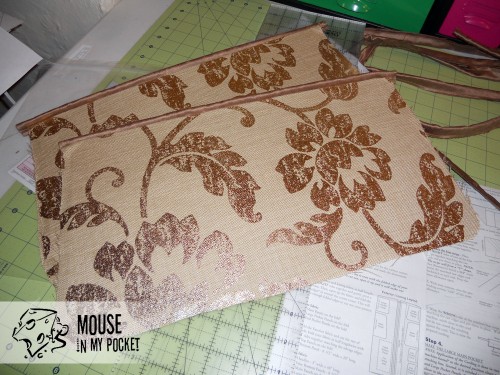 After getting the fabric cut and cording made, I got to assemble the large exterior pockets.  They are the only section of the project which uses my accent fabric. 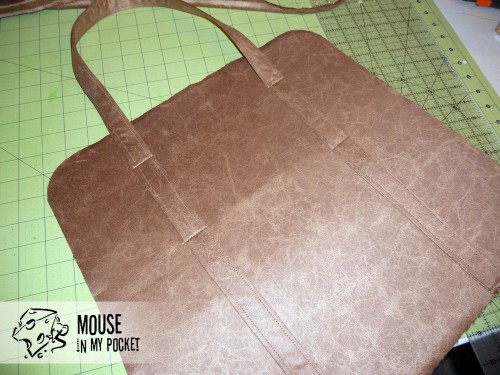 After completing the pockets, I got to put handles on my main exterior panels.  This caused me to bend a needles.  So that’s one needle down. 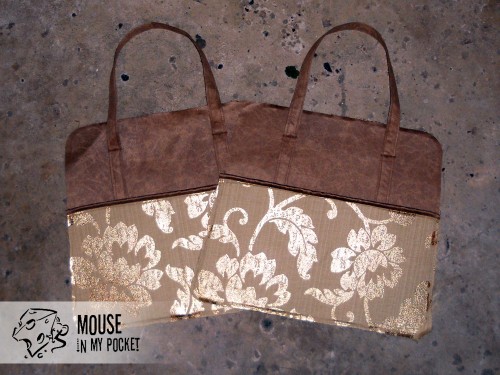 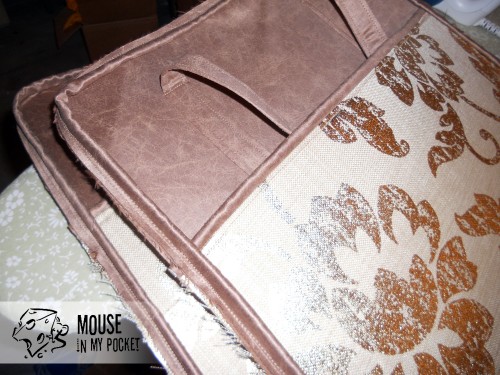 Once that was done, I added the pockets to the main panels, and attached the cording around the edges. 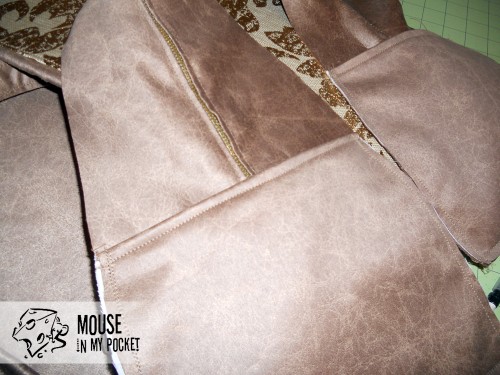 At this point, the main section was put aside for a while while I worked on the top section.  It was really pretty simple, two pieces of fabric and a zipper.  I broke 2 needles putting in the zipper (that’s 3 so far).  Those metal teeth were a bit dangerous.  Once the zipper was done, I added the end pockets. 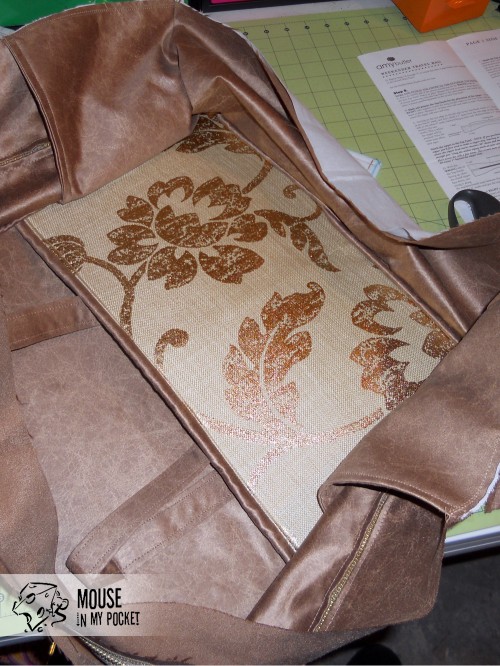 The next step was to create the exterior bottom section and attach it to the top section.  That whole area was then pinned to the first of the main panels and sewn down. 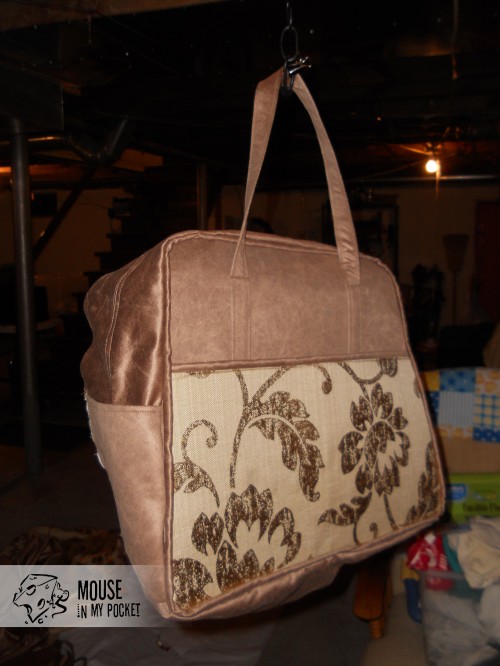 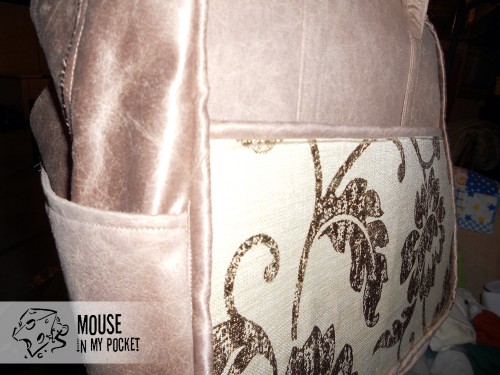 Once that’s done, I could really see the bag coming together. 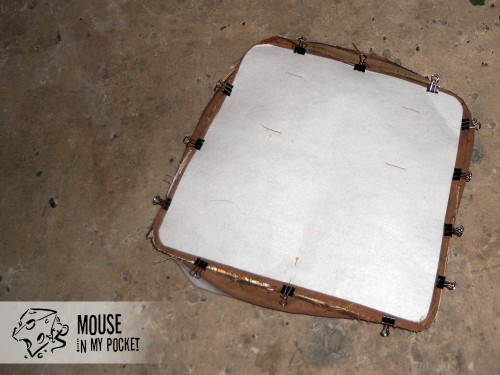 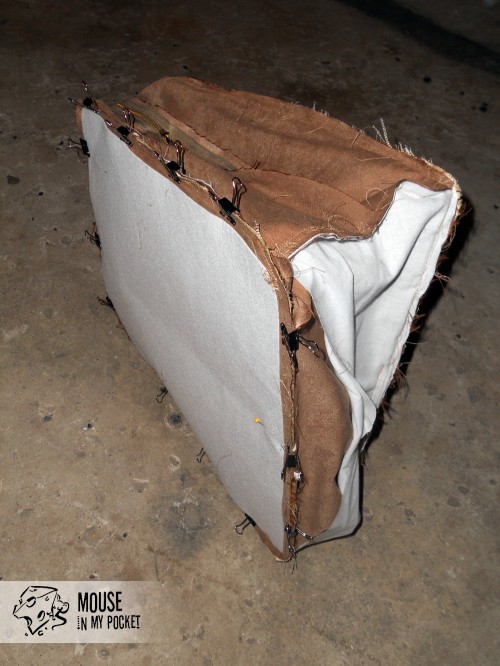 The next step is to attach the other side of the bag.  And it’s a reason I really love binder clips. 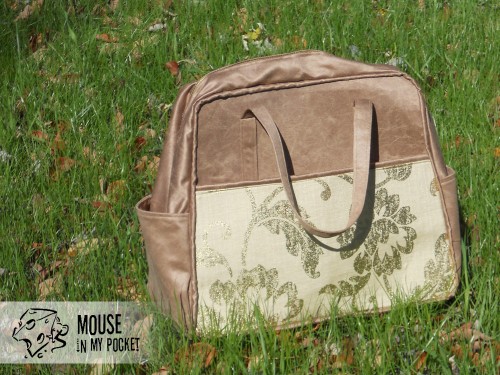 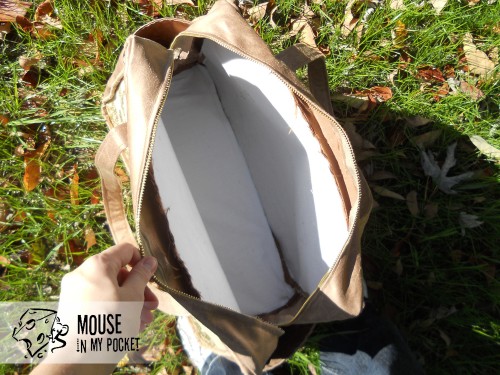 Attaching the second side and adding the peltex to the bottom took another hour and 3 needles.  I broke two attaching the bag, and another on the peltex.  I think I’d have had a LOT less problems with this, if I hadn’t used the moleskin… but it does look good. 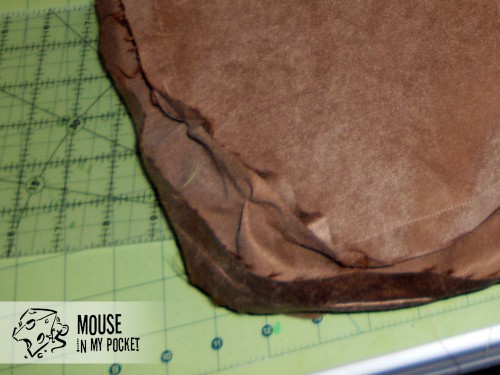 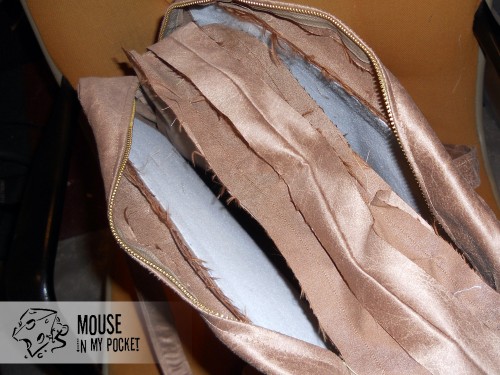 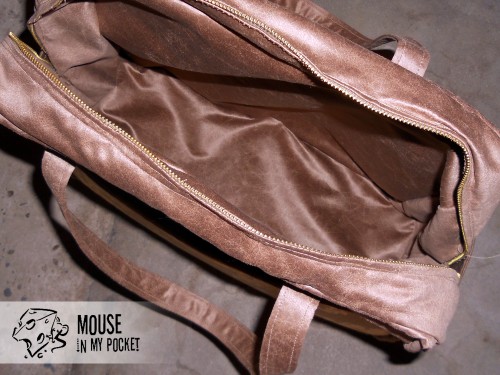 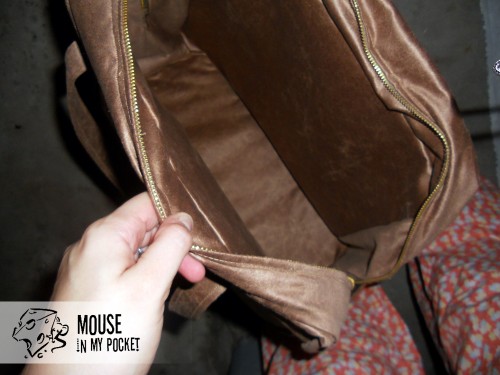 All that’s was left to do was the lining and false bottom panel. It was actually a lot easier than I thought it would be… though I cheated and machine stitched the lining into place,because I just wasn’t strong enough to keep pushing the needles through the moleskin. 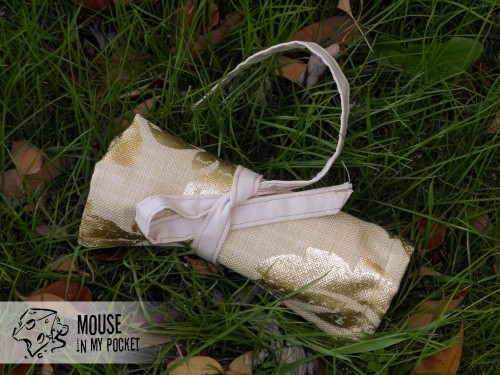 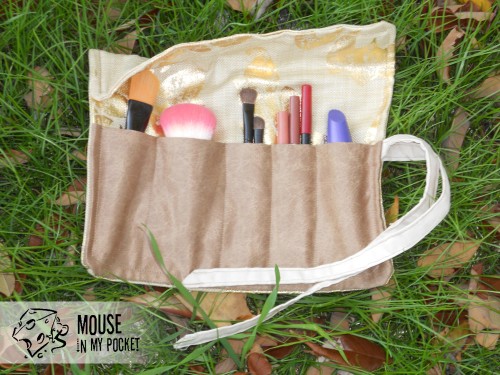 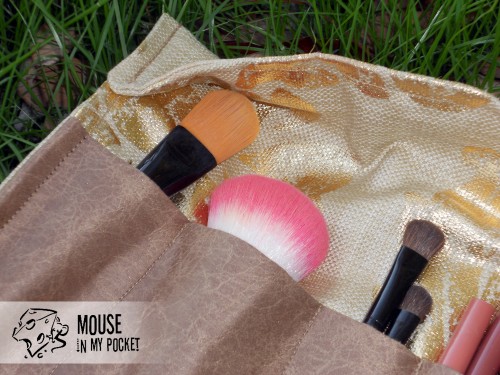 I also took a little time this weekend, and used some of the extra fabric to make a makeup brush roll.  What did you do with your weekend?