My husband and I seem to have a soft place in our hearts for little wild animals.  Since the move to our new house in August, we’ve got 3 new animals living inside with our cat, Mouse.  She enjoys watching them as much as we do. The difference is that she would also like to eat them.

Our new menagerie include a 5-striped skink, which is a small type of lizard common to our area. I call him “Harry,” as in “You’re a lizard, Harry.”  He was found hanging out in a box at my mom’s house, so I picked him up, and he traveled in a jar back to our house where he now has some posh digs with a water feature and free cricket delivery every week.  He spends most of his time in a little cave he dug out under the water dish, but he’s pretty entertaining when he comes out to play. 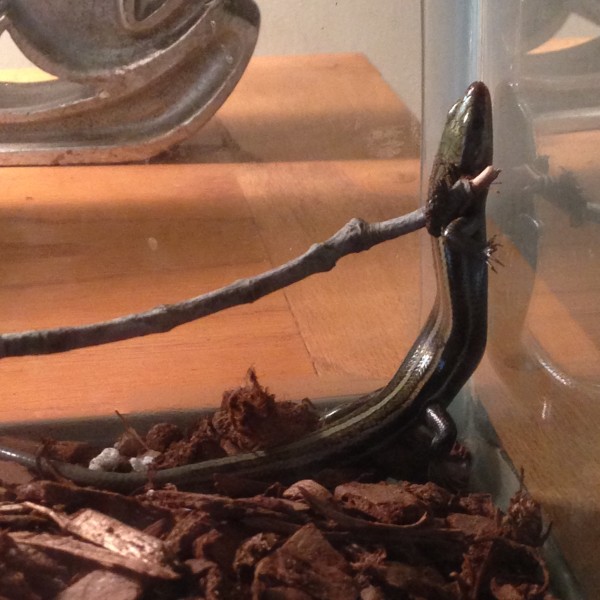 He even uses his little claws to walk upside down along the top of the habitat. 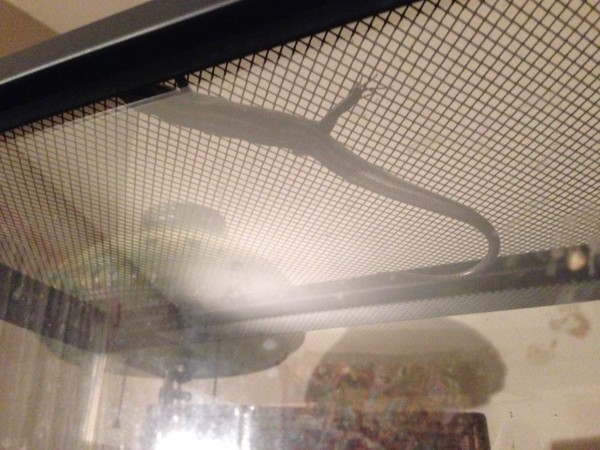 Harry shares his habitat it a grey tree frog that I found hanging out on the deck at our new house.  I have named him “Neville”, after the boy in Harry Potter who was always loosing his toad.  Neville is out and about more than Harry. He like to chill in the water feature and just cling to the side of the habitat. 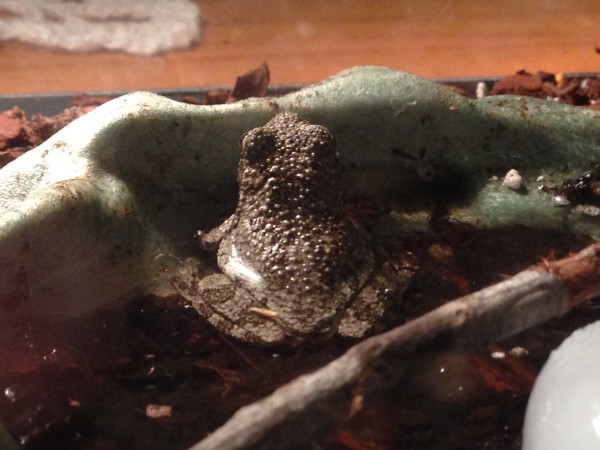 The last of the wild animals currently living in our house is a baby king snake that my husband caught basking in the sun on the pavement at work.  He’s a very pretty little snake. 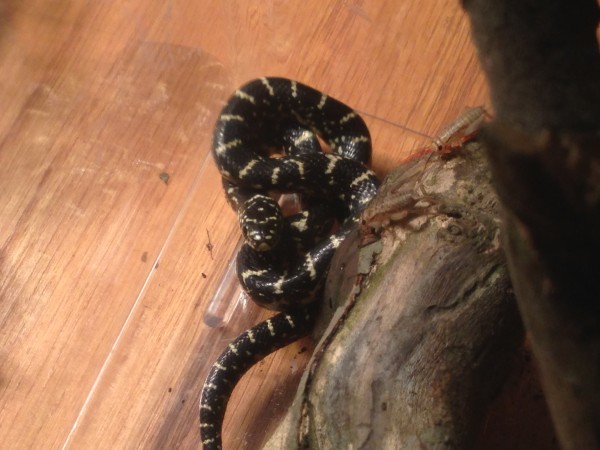 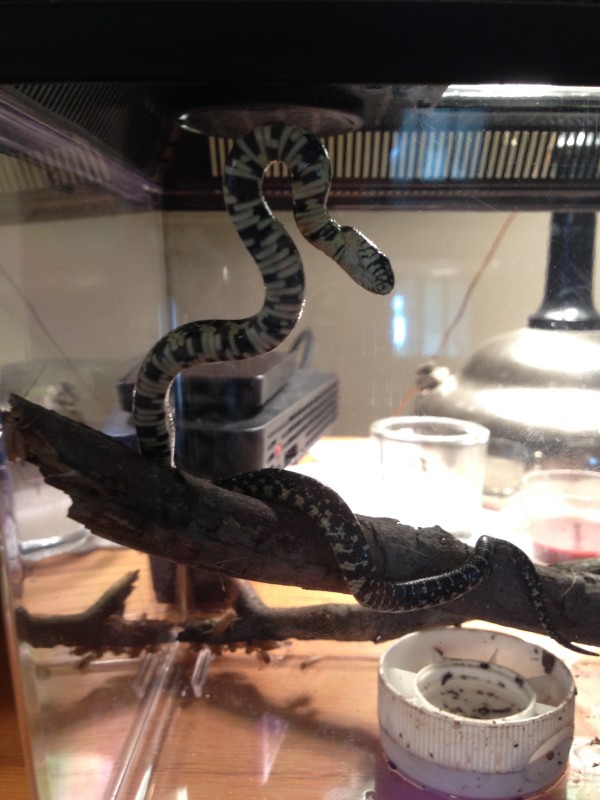 Especially since he lost his first skin. 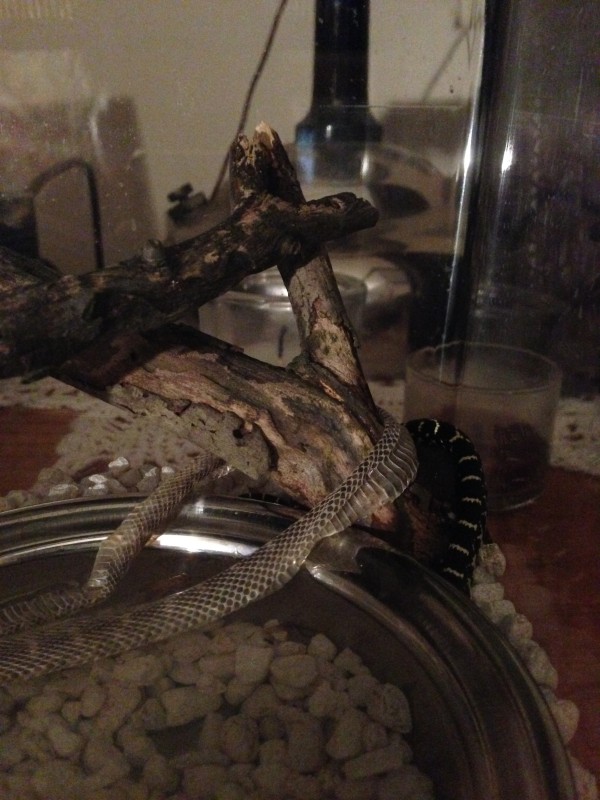 I’m trying to get him used to being handled, but for some reason he really hates my husband. And he’s even bitten me, which is why I have decided he is an evil little Slytherin and I have named him “Voldemort.” 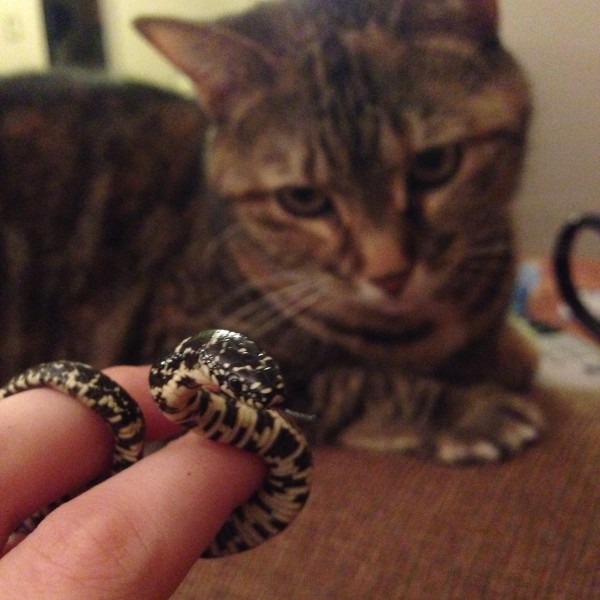 Of course, all these indoor pets haven’t been enough for me. I also recently brought home 4 kittens who live in our barn and will hopefully start catching mice for us soon.  They are skittish around humans, but I’m hoping to get them to like us a little more as time goes on. 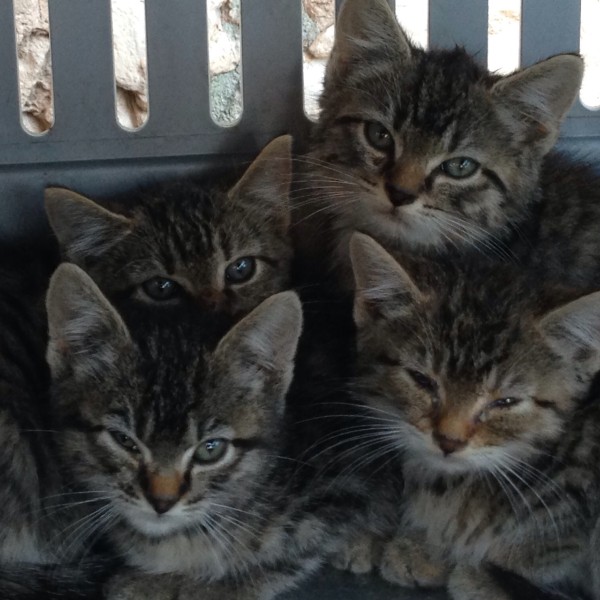 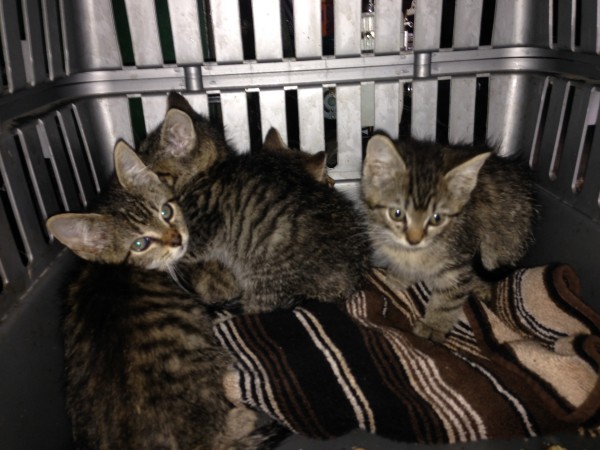 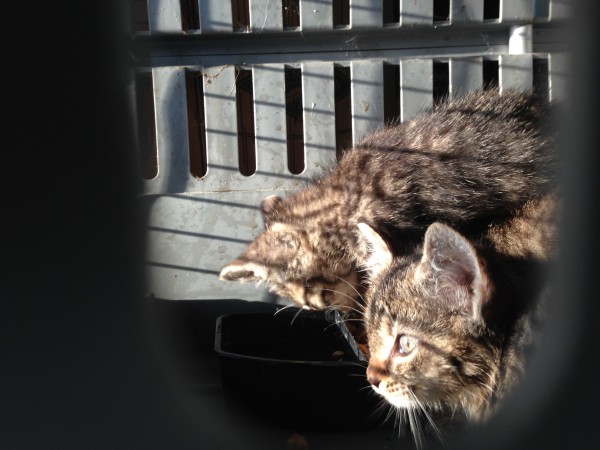 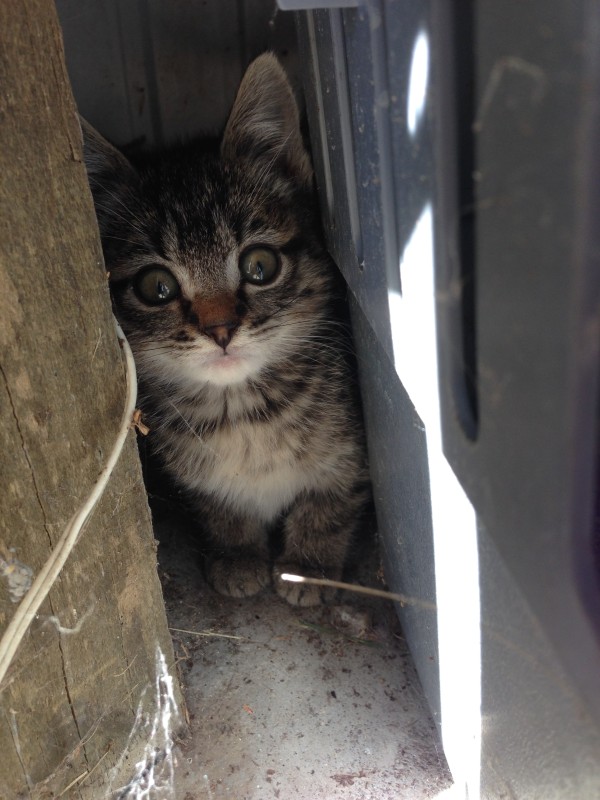 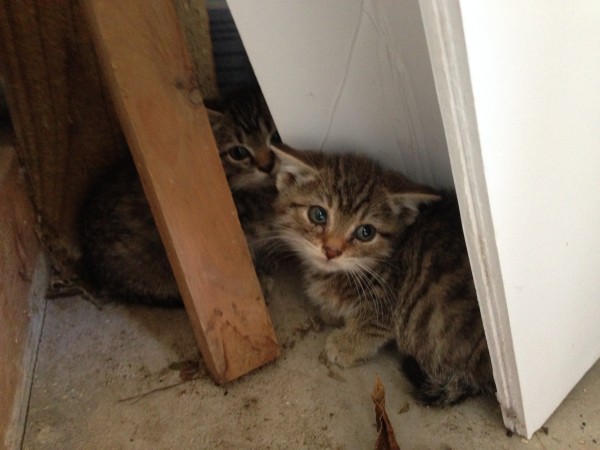 What sort of pets do you have at your house?  Do your pets live indoors or outdoors?