It’s January again, and I’m so proud of myself for completing an entire year of posts about the books I’ve read.  It’s been a great way for me to keep track of all those books, and to share my love of reading with all of you.

With 2016 comes a new year and a new reading goal. I’m aiming big-  trying to read 52 books this year! That’s one book per week. I know that some weeks I won’t meet that goal, but I’ve already discovered that some weeks I’ll be able to read more than that.  While the reading challenge from PopSugar was helpful last year, I’m going to try picking out books without the help of a list.  I think that will also make it easier to keep up with my book group reads. 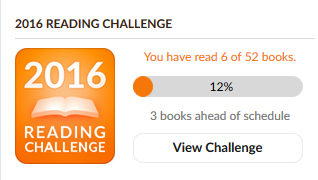 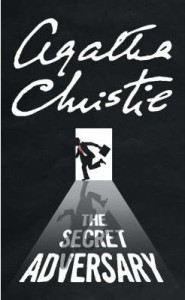 The Secret Adversary is a thriller/spy novel written by Agatha Christie.  I’ve enjoyed her novels since I first read her murder mystery The ABC Murders in middle school.  My grandmother was also a big fan, which is probably how I got so interested in them.

This thriller was a mystery right up until the end.  Who was the bad guy? I thought I knew, then I decided I was wrong and it was someone else. I ended up going to back and forth about who it was several times. That’s the best recommendation I can think of for a thriller/mystery.

My understanding is that The Secret Adversary is the first of three novels featuring Tuppence & Tommy, so I might look into reading those other books sometimes this year.

Originally published in 1871, Carmilla is a Gothic novella by Joseph Sheridan Le Fanu. One of the early works of vampire fiction, Carmilla predates Bram Stoker’s Dracula by more than a quarter century.I actually discovered the existence of this book because of the Vervegirl TV YouTube series of the same name.  I’d been meaning to read the novel since discovering the series, but I kept putting it off. However, when I discovered that I could get Carmilla for a mere $0.99 for my Kindle app, I went for it.  If you like Vampire fiction, or Gothic novels, I would definitely give this one a try. But if you’re a fan of the YouTube series, be warned, it’s not as similar as I had hoped. 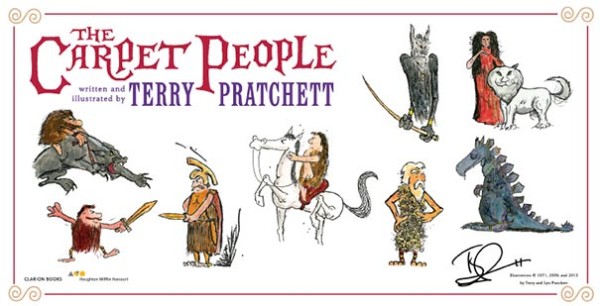 The Carpet People was Terry Pratchett’s debut novel, a lovely fantasy about the tiny peoples who live in the carpet. The Carpet People tells the story of two brothers who set out to save their world after their village is destroyed by the Fray and subsequently being attacked by a group of Mouls – those are the bad guys.  It was interesting to read the finished novel, and then see the original serialized stories that Pratchett wrote as part of the children’s section of his local paper.  I started reading this book over a year ago, and got distracted, putting it aside for other reads.  I’m so glad I finally got around to finishing it, because it’s a great little story. If you have kids, this would be a great story to read aloud to them. And if you can, get an illustrated edition.

The Cypher is the first book in Julian Rosado-Machain’s series Guardians Inc.  I read the kindle version, which was available for free when I discovered it. Thanks BookBub! Of course, you can also get a print version, if you prefer, which I generally do, unless I get a free e-book.

This book follows a boy named Tomas, as he and his grandfather take jobs at a mysterious company called Guardians Inc, and the adventures that follow over the next few weeks.  While this book doesn’t quite end on a cliffhanger, it certainly leaves me wanting to know what happens next.  I’ll probably be reading more from this series soon. 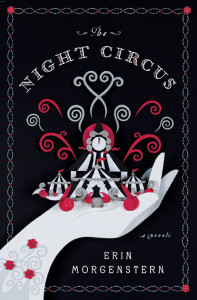 The Night Circus by Erin Morgenstern is a beautifully written novel about two magicians and how they affect the people around them.  Most of the book takes place inside a circus, which only opens at night.  It’s a gorgeous black and white dream, that I wish I could visit myself.  Having read the book when it first came out in 2011, The Night Circus is a re-read for me.  And I’m happy to report that it was just as magical as the first time.

I had a lot to say about Cabbages and Kings, so I wrote up a full review of the book. I’d love for you to stop by and check it out.

Dorothy Must Die Stories is a bound edition of 3 short stories by Danielle Paige, which make up a prequel to the first book in her series, Dorothy Must Die.  The stories: No Place Lie Oz, The Witch Must Burn, and The Wizard Returns each feature a different character who appears in the original novel, providing some nice background.

No Place Like Oz is the story of Dorothy’s return to Oz, from Dorothy’s point of view. It was interesting to see her descent into evil, though I was a bit sad to discover that Paige only seems to have one tone for her female first person viewpoint. I felt like looking out of Dorothy’s eyes was the same as Amy Gumm’s, which was awkward, since they should have come from fairly different time periods here on earth.

The Witch Must Burn follows Jellia, Dorothy’s personal maid as she becomes involved in the resistance against Dorothy.  This story is also written from a first person point of view, with the same tone and speaking styles.

The Wizard Returns is a bit different from the other two stories, telling the tale of how the Wizard of Oz returns after he has supposedly left.  This tale is told in third person, and was more enjoyable for it.

My Name Escapes Me: The Diary of a Retiring Actor by Alec Guinness
Bats of the Republic by Zachary Thomas Dodson
Ten Thousand Devils by S.A. Hunt

Do you have any reading goals this year?  What have you been reading?